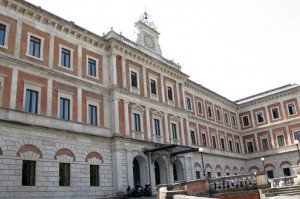 In the early 2000s, the University of Siena restored the building, a former monastery that in early 800s was a sort of village organized into pavillons to accommodate mentally ill people. Some University departments have been housed in the wide rooms of the former psychiatric hospital that is located in the town centre, very close to Porta Romana.

The Teaching Centre has many teaching rooms, including those of the Outer Room Pavillon which comprises six 100 seat multi-functional rooms (transformable into a 700 seat auditorium).